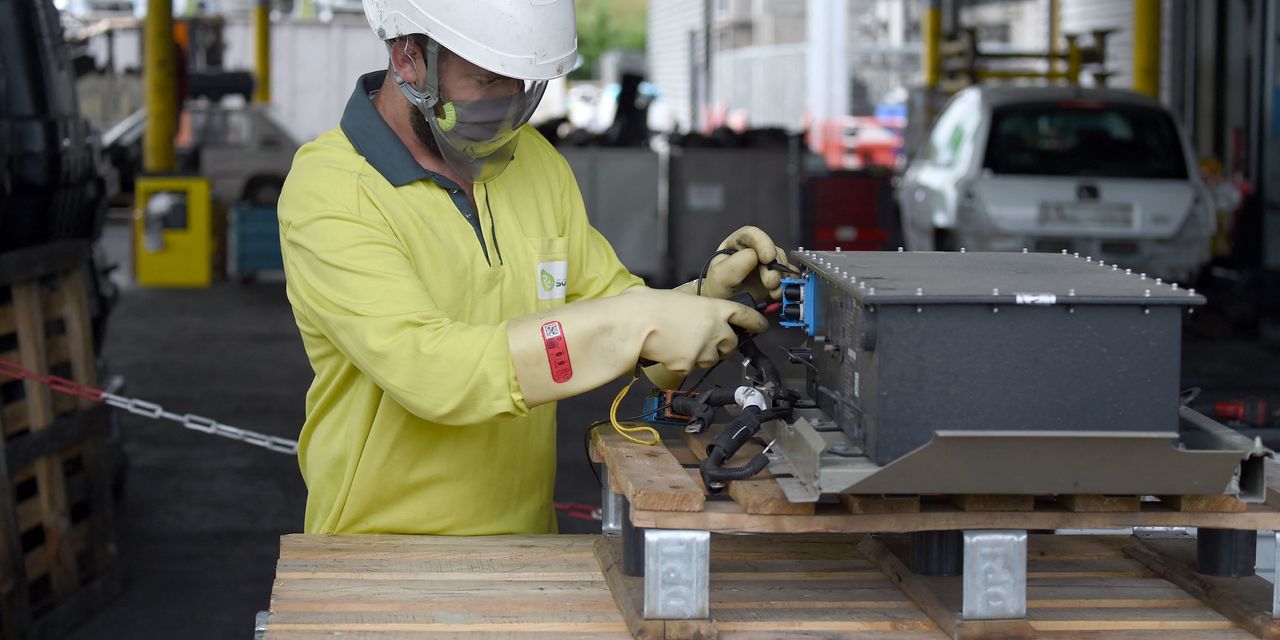 The International Energy Agency (IEA) said this year it’s expecting 145 million electric vehicles (EVs) worldwide by 2030. If governments ramp up efforts to meet international energy and climate goals, the number could soar even higher — up to 230 million — and that’s not counting two- and three-wheel vehicles.

That’s a lot of new cars to hit global markets. Also … a lot of batteries.

Although EVs do not release carbon dioxide during their use, their production exerts the same toll on the environment as that of conventional cars, while the recycling of lithium-ion batteries poses unique challenges.

In the next 10 to 15 years, there will be millions of end-of-life electric cars worldwide; by that time, recycling plants need to be ready not only to take in all those batteries, reclaim valuable parts and metals, but also to properly dispose of the waste. Sadly, not much is being done on that front: Currently, only 5% of all Li-ion batteries are being recycled.

If no action is taken, battery waste could become a big problem not only for the car industry, but also for the environment.

How big? If an average car battery pack weighs 550 pounds, 100 million cars would produce about 55 billion pounds — 28 million tons — of battery waste that needs recycling. And we can expect a...