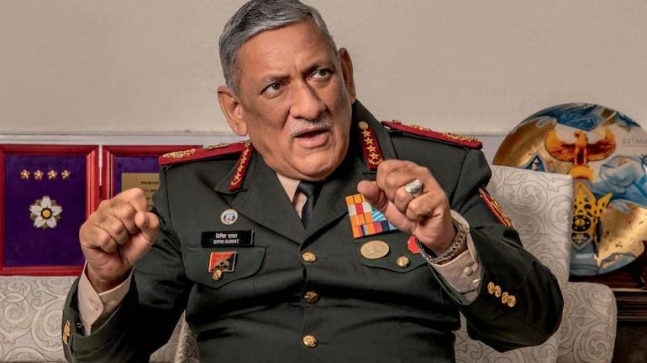 Chief of Defence Staff General Bipin Rawat on Friday said India faces a myriad of external security challenges and most worrisome are China's technological advances in the cyber and space domains.
He was speaking at the three-day Indian Air Force Conclave, that was inaugurated by Defence Minister Rajnath Singh at Yelahanka Air Force Station here, to commemorate 50-years of victory in the 1971 Indo-Pak war, which is being celebrated this year as 'Swarnim Vijay Varsh'.
"India faces a myriad of external security challenges with deep regional interlinkages, marred by legacy of unresolved boundary disputes, culture of competition, and challenge to undermining India's strategic space," Rawat said.
ALSO READ: Looking beyond Ladakh: Eastern sector with China remains active, Indian Army gives big push to integrated warfare
He said, India is also witnessing geo-strategic competition in the Indo-Pacific, including race for strategic bases in the Indian Ocean region, and increasing militarisation of Belt and Road outposts in the region by northern adversary China.
"Most worrisome are China's technological advances in the spheres of cyber and space domain, which often transcend beyond the military, to include critical national infrastructure as well," he said, adding that the recent incidents on the northern borders along with aggressive posturing will remain a cornerstone of China's expansionist foreign policy of which India has to always be wary about. On Pakistan, the CDS said that...