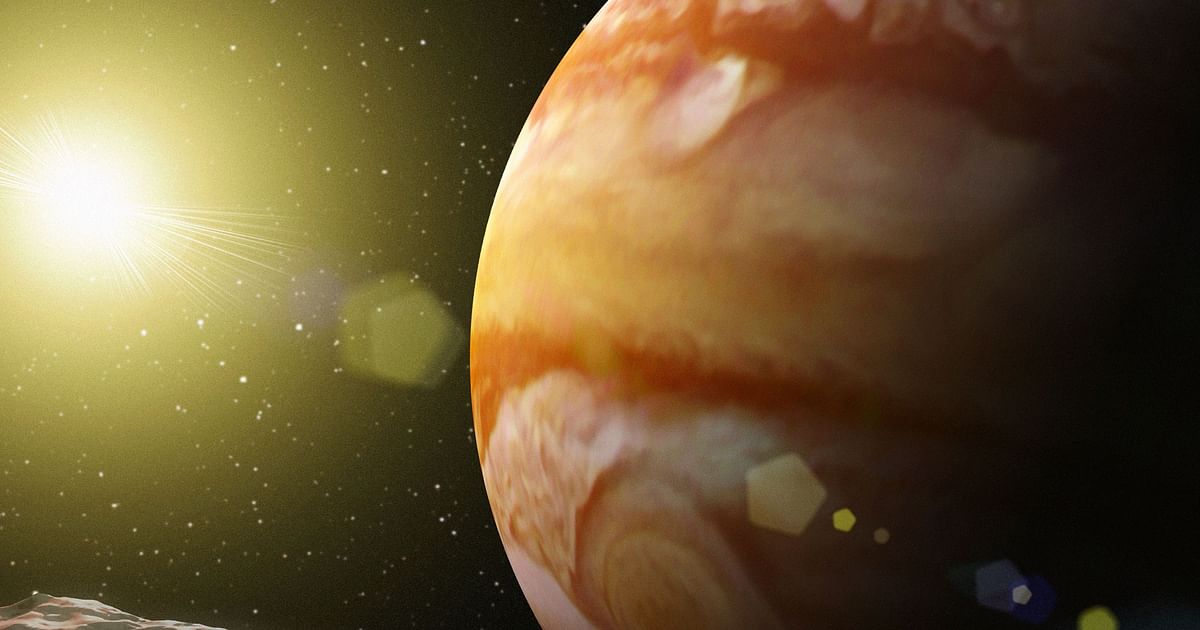 Skywatchers in Japan have observed a flash in the atmosphere of the planet's northern hemisphere likely caused by an asteroid slamming into Jupiter, the media reported.
Last month a skywatcher in Brazil had made a similar observation.
"The flash felt like it was shining for a very long time to me," Twitter user @yotsuyubi21, who photographed the flash with a Celestron C6 telescope, was quoted as saying to Space.com.
The skywatchers confirmed the observation with a team led by Ko Arimatsu, an astronomer at Japan's Kyoto University who takes part in the Organised Autotelescopes for Serendipitous Event Survey (OASES) project.
According to a tweet posted by the project, the October 15 observation included two different types of light, visible and infrared, giving Jupiter an eerie pink glow, the report said.
"Jupiter regularly experiences such impacts because of the powerful gravitational tug associated with its mass: Smaller objects, like the asteroids that litter the solar system, can easily end up pulled into the planet's thick, turbulent atmosphere," the report said.
Objects at least 45 metres across hit Jupiter every few months on average, although observational constraints mean that even the most thorough monitoring programme might be able to catch just one impact or so per year, as per some researchers.
According to Sky & Telescope, the October 15 flash hit the planet's North Tropical Zone, near the southern edge of the North Temperate Belt. The observers aren't yet...