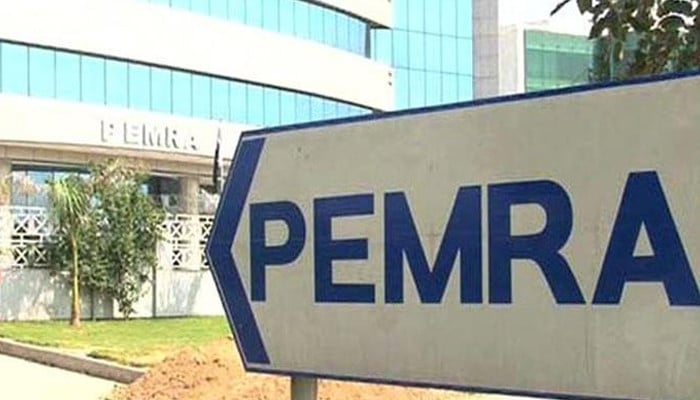 "Intimacy of married couple being glamorised in utter disregard to Islamic teachings," PEMRA says.
"Considerable stratum of society" believes dramas not depicting "true picture" of Pakistani society, it says.
"All Satellite TV licensees are required to stop airing such content in dramas," regulator adds.
The Pakistan Electronic Media Regulatory Authority (PEMRA) on Friday directed local television channels to "stop airing caress and hug scenes" in dramas, as it was receiving several complaints against such content.
PEMRA, in a notification, said a "considerable stratum of the society" believes that dramas are not depicting the "true picture" of the Pakistani society.
"Hugs/caress scenes/extramarital relations, vulgar/bold dressing, bed scenes, and intimacy of married couple are being glamorised in utter disregard to Islamic teachings and culture of Pakistani society," the notification said.
Responding to the development, legal and human rights professional Reema Omer said: "PEMRA finally got something right: Intimacy and affection between married couples isn’t 'true depiction of Pakistani society' and must not be 'glamourised'."
"Our 'culture' is control, abuse and violence, which we must jealously guard against the imposition of such alien values," the legal expert said.
Meanwhile, in the notification, PEMRA directed all Satellite TV channels to refrain from airing caress/hug scenes in dramas and properly review the content of the dramas through in house monitoring...