Nobel laureate Maria Ressa talks about journalism in the age of authoritarianism, big tech and terrorism | Worldview with Suhasini Haidar - The Hindu 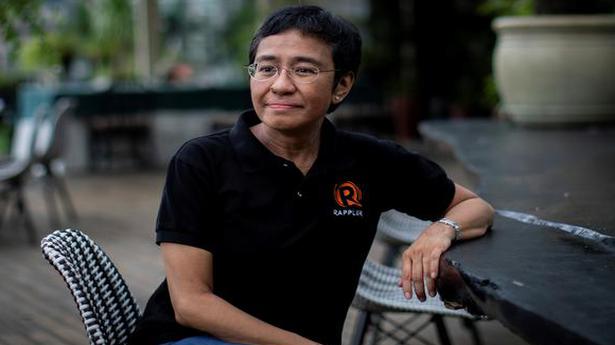 In this video interview, 2021 Nobel Peace Prize winner Maria Ressa says that the award is for all the journalists around the world
In an exclusive interview with The Hindu, 2021 Nobel Peace Prize winner Maria Ressa talks about where journalism is headed in the age of authoritarianism, big tech and terrorism.
As press freedom faces its biggest challenges in democracies today, what is the message from the Nobel Peace Prize for Maria Ressa and Dmitry Muratov?
According to the Committee to Protect Journalists-
-atleast 1,400 journalists have been killed in the past 30 years in retaliation for their work, another 500 murdered without a clear reason.
-While the number has been on the decline for the last few years, what is more frightening is that the numbers of those dying in non conflict zones, and democracies is nearly 70 percent.
-More than 25% died in 3 countries- Iraq Syria and the Phillipines, and India Pakistan and Afghanistan are in the list of top 10 countries where journalists have been killed.
- Reporters without Borders estimates that 3/4ths of all countries in the world have bad or very bad situations for press freedom.
So when the Nobel Peace Prize was announced this year, the committee made it a point to say that the award for the two journalists, was also meant for the broader issue of press freedom
Here is what the citation read:
“Ms Ressa and Mr Muratov are receiving the Peace Prize for their courageous fight for freedom of expression in the Philippines and...

What Pakistan can learn as Dubai races to become cryptocurrency ‘hub’? - Business Recorder