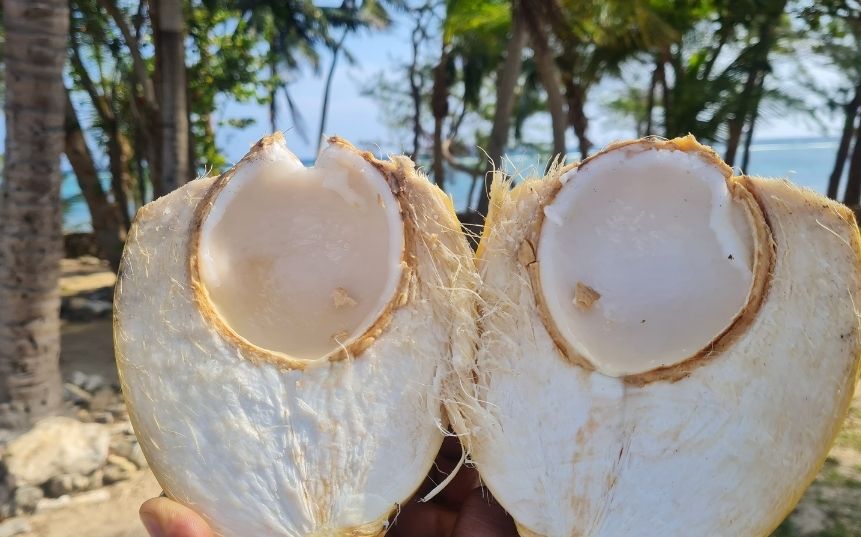 A gentlemen said yesterday that, after a long day volunteering with a charity, he started to experience dehydration. He said he could only think of two things- food and 'huxing' a coconut for coconut water and jelly.

He explained that when he got to his friend’s house, he was overcome by the sweet smell of Cayman spices escaping from the kitchen. It was at that time that he was offered coconut water, while he waited for the food to be finished.

He said his friend soon returned to the patio and proceeded to hux a yellow coconut. It reminded him of the ways he used to cut a coconut open.

When I was young, I used to use a machete and sliced the top horizontally to leave a small hole to drink from. If I didn't have a machete, I would bounce the coconut with reasonable force into the cement or the ground until the coconut hux was breached.

"Drinking coconut water is a dream, of course, but after it is finished, it is time to get coconut jelly," he said.

He explained that there were two ways to eat the jelly. One was using a silver spoon from the kitchen or cutting a piece of the coconut hux into a shape that allowed the coconut jelly to be accessed. Soft jelly came from the young coconuts and harder texture was found in the older coconuts...