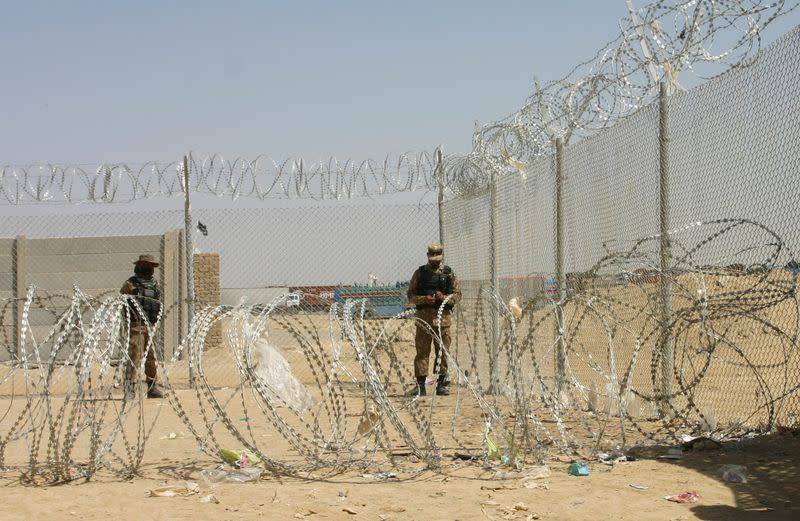 QUETTA, Pakistan (Reuters) - Hundreds of trucks and other vehicles waited at one of the main crossings between Pakistan and Afghanistan on Monday as the border closed again after a brief opening the day before, despite promises that it would reopen, traders said.
The Chaman border crossing, the second-largest commercial border point between the two countries after Torkham in Khyber Pakhtunkhwa, links with Spin Boldak in the Afghan province of Kandahar, and is regularly used by thousands of labourers and traders from both countries.
The crossing, a vital source of customs revenue for the cash-strapped government in Afghanistan, has been closed for about three weeks, despite repeated protests by truckers and others stuck waiting at the border.
"We also have a life. We have children and we need money," said truck driver Turyalai.
As Afghanistan sinks deeper into economic crisis, neighbouring countries have been increasingly worried about a mass movement of refugees.
But the closure of Chaman and interruptions to traffic at Torkham as well as the suspension of Pakistan Airlines flights from Kabul have left Afghanistan largely cut off.
Originally closed by Pakistani authorities due to security threats, disputes over issues ranging from COVID-19 to the validity of Afghan travel documents have prevented the re-opening of the Chaman crossing, despite severe hardship to truckers and local farmers.
The border was briefly opened on Sunday to let people with urgent medical needs into...