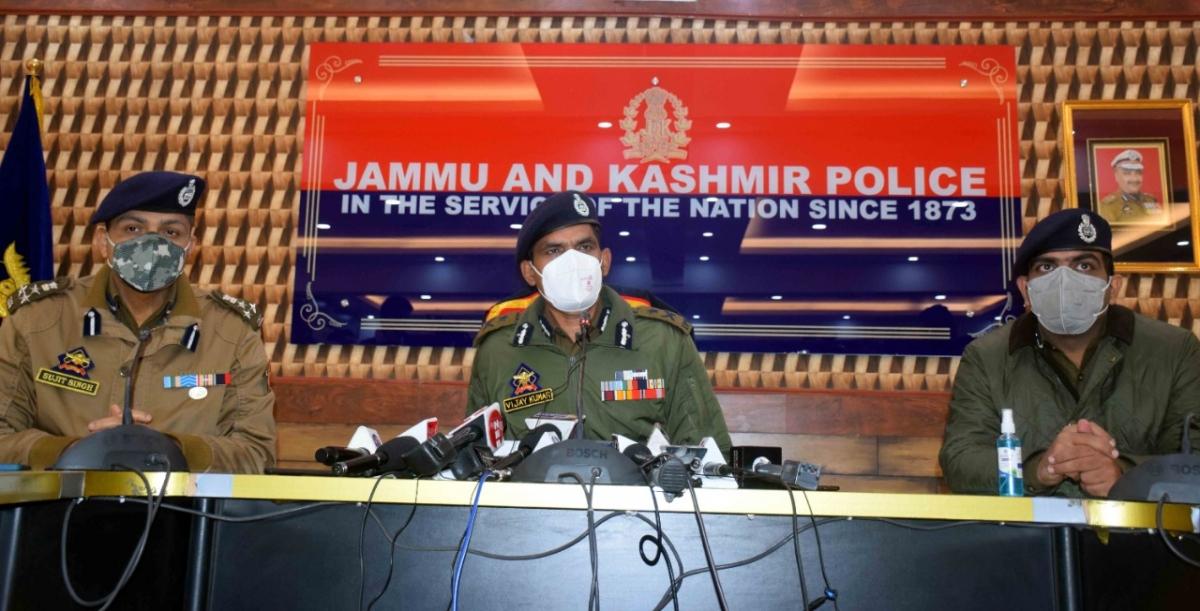 Twelve hours after a fierce encounter in Srinagar city, Jammu and Kashmir Police made a startling disclosure that the Over Ground Worker (OGW) killed in the gun battle was running a terror module in the guise of a call centre.
Two terrorists including dreaded Pakistani terrorist Bilal Bhai alias Haider, one OGW, and owner of the building where the terror module was functioning, were killed in the encounter which lasted for an hour on Monday evening.
The Jammu and Kashmir Police on Tuesday established the identities of all four persons including two terrorists killed in the gun battle.
One of the killed terrorists has been identified as Bilal Bhai alias Haider of Pakistan, who was active in Kashmir Valley for a long and was involved in terror incidents.
Police believed that another terrorist killed in the encounter was a resident of the Gool area of the Ramban district of Jammu province. An Over Ground Worker (OGW) Muddasar Gul and owner of the building Altaf Ahmed were also killed in the gun battle.
Mudasir Gul was running a terror module in the guise of a 'call centre'
Inspector-General of Police (IGP) Kashmir zone, Vijay Kumar said that building owner Altaf Dar had rented out three rooms on the top floor to Muddasar, who operated an unauthorized call centre from two rooms and gave one room to terrorists for hiding.
"In the guise of a call centre, Muddasar was running a terror module", he said and revealed that Muddasar used to bring terrorists from South Kashmir to...