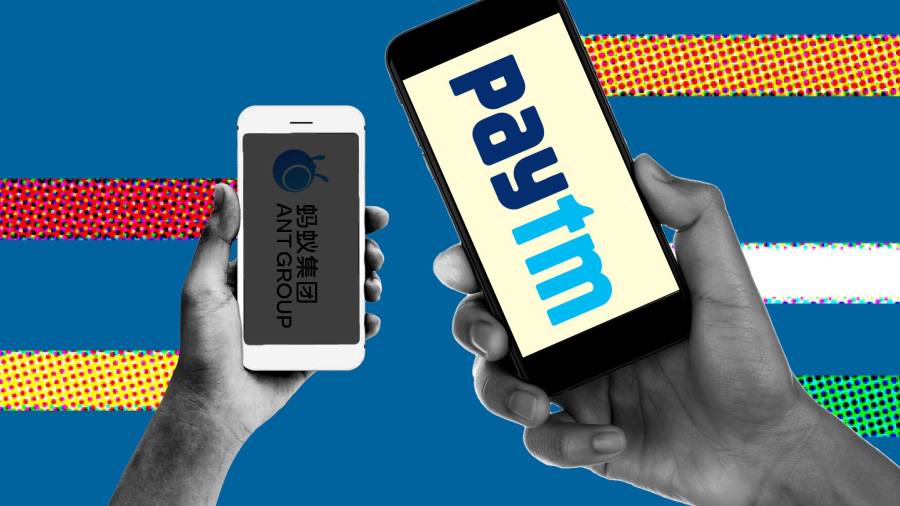 In 2011, Vijay Shekhar Sharma, a 33-year old Indian entrepreneur, watched Alibaba founder Jack Ma speak in Hong Kong. “I did not know my life would change at that conference,” Sharma later said. “I became totally interested in China, Alibaba and Jack.”
Three years later Sharma travelled to China to meet his hero, taking a selfie with him and securing the first of several investments from Alibaba. The Chinese ecommerce and fintech group went on to pump hundreds of millions of dollars into Sharma’s fast-growing start-up Paytm, building up a 30 per cent stake in the Indian payments company.
Paytm is now set for a $2.5bn listing on Thursday, India’s largest ever IPO. It is the biggest test to date of whether India’s start-ups can recreate the success of a generation of Chinese tech groups that remade the country’s stock market, and provide the exit routes investors need to have confidence in the market.
The group’s stock debut comes one year after Chinese regulators scuppered the $37bn IPO of Ant Group, Alibaba’s fintech arm and Paytm’s largest investor. It marked the beginning of a relentless crackdown on tech companies involved in everything from education to delivery services, wiping billions from the stock market and scaring away investors.
India, long a promising but second choice Asian market for investors, has emerged as a leading beneficiary of the divergence in fortunes between the tech sectors in the two countries. This, along with ample global liquidity and rapid...