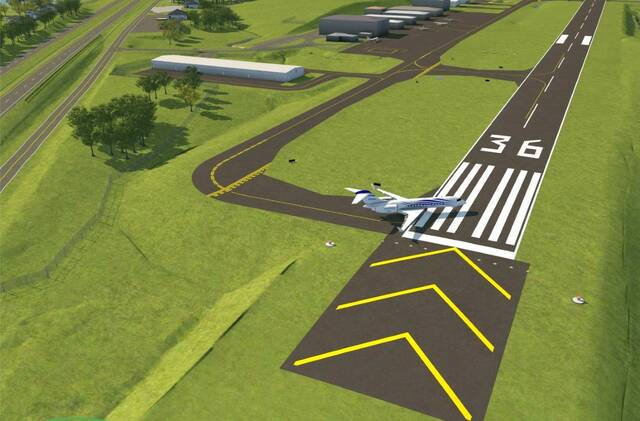 The long-awaited passage of a state budget in Raleigh is being hailed close to home, since it includes funding for projects in Mount Airy and at the local airport.

“As part of that good news there are several good things that are going to help our community going forward,” Mayor Ron Niland announced Thursday night during a general comment period near the end of a city council meeting.

These include projects to replace aging utility lines in Mount Airy, for Ararat River restoration and terminal and taxiway work at Mount Airy-Surry County Airport.

The total earmarked for those needs in the new state budget is about $6.5 million, according to figures presented Thursday night regarding city projects and information from the airport Friday.

Earlier Thursday, Gov. Roy Cooper had signed what was considered an overdue spending package, the first comprehensive state budget in three years. It was supposed to be in place by July 1.

North Carolina had been the last state in the country without an enacted budget in place for this year and Thursday’s breakthrough came after weeks of negotiations between Cooper and legislative leaders.

Despite the delay, local officials seem pleased with the final results, based on appreciative comments by Mayor Niland and Commissioner Steve Yokeley during the Mount Airy Board of...