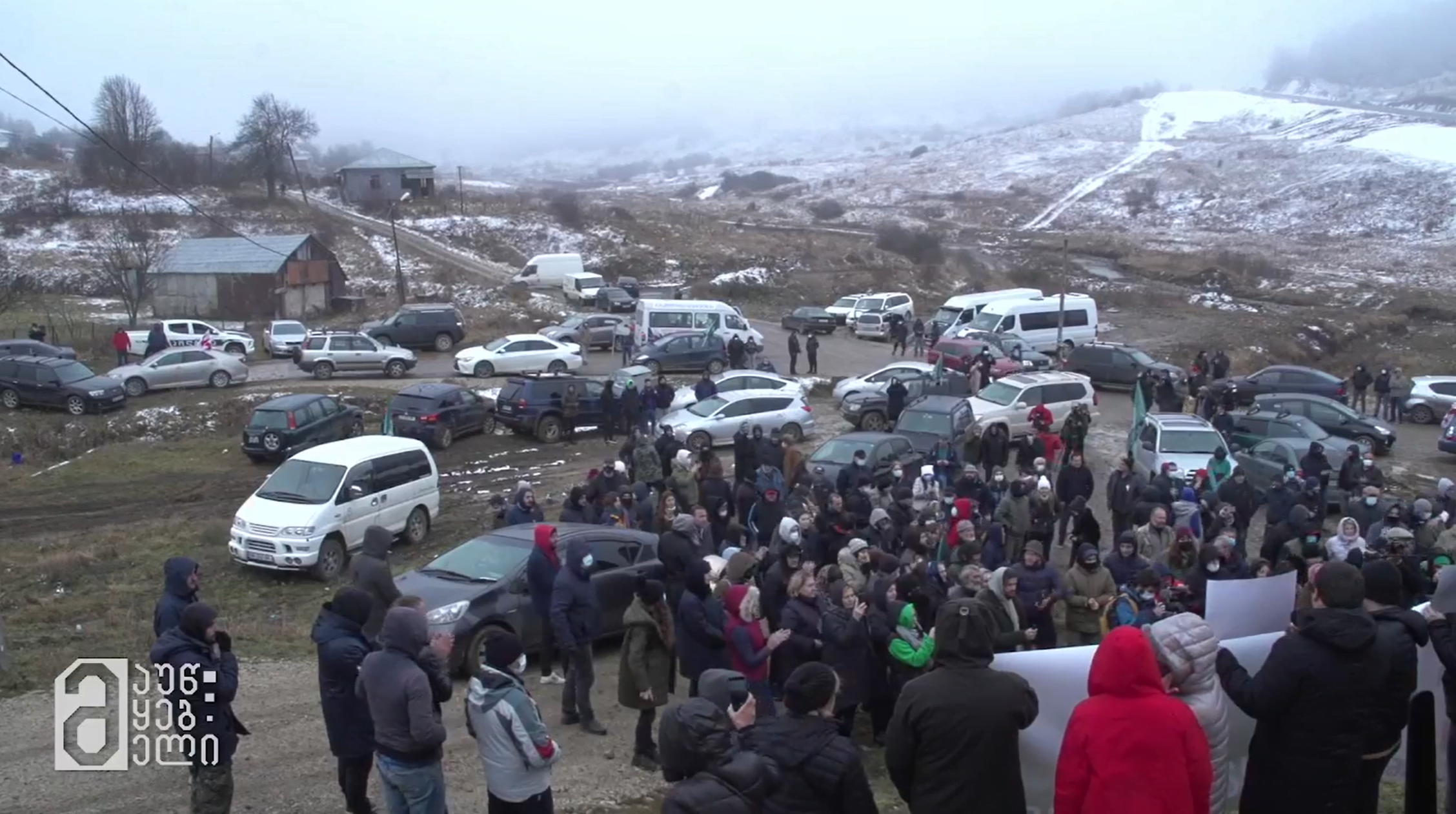 In a mountainous village of Shkmeri of western Racha region, locals and their supporters came out on November 21 to protest against planned works to explore and extract manganese ore in the area covering around 150 hectares (1.5 square km) of nearby lands.

The protesters are demanding to void two ten-year mineral exploration and extraction licenses sold in an electronic auction in July by the National Agency of Mines, a state body under the Ministry of Economy.

The activists cite a plethora of concerns, including fears that mining will destroy the surrounding landscape, negatively affect biodiversity, contaminate air and waters, with locals losing pastures, arable, grasslands, among others.

“You cannot dig us [this land] up… Our native land is of the people, it does not belong to any company,” Tsotne Gloveli, one of the organizers of the grassroots protest addressed the rally.

Speaking with Mautskebeli TV after his speech, the protest leader said organizers could not get the word about the rally to many, while many others were unable to arrive. “But many more will come, the whole Georgia will,” asserted Gloveli, pledging that protests will continue and intensify.

The Organization of the Protest

The opponents of manganese mining in Shkmeri have organized over the past months, including by setting up a Facebook group named “For Shkmeri,” counting about 3,900 members as of November 22.

The protest brought out some 100-200 supporters of the cause. The rally was announced on...