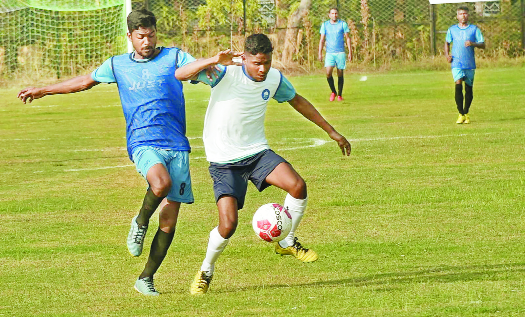 Akif Faraz turned saviour for South East Central Railway (SECR) Headquarters as his goal helped his side snatch a draw from the jaws of defeat against an energetic Manganese Ore India Limited (MOIL) XI in the JSW-NDFA Elite Division League at Dr BR Ambedkar Football Stadium in Suyog Nagar on Thursday.

After playing a barren first half, dominated by MOIL XI, SECR were in for a shock when the miners shot into lead in the second minute after resumption.

Midfielder Rupnath Gajpale’s long ball to the left flank was well received by Vijay Admache who moved into the box beating SECR defenders on speed. The railways goalkeeper Amit Chaurasia had no other option but to advance to cut the gap for Admache.

However, lack of experience of playing in the Elite Division was clearly visible in MOIL camp as they started playing a defensive game giving SECR opportunity to press for an equaliser.

SECR’s Ram Chandra Murmee managed to beat MOIL keeper and shot the ball towards goal but defender Kathaute’s timely volley saved saved his side from an early setback.