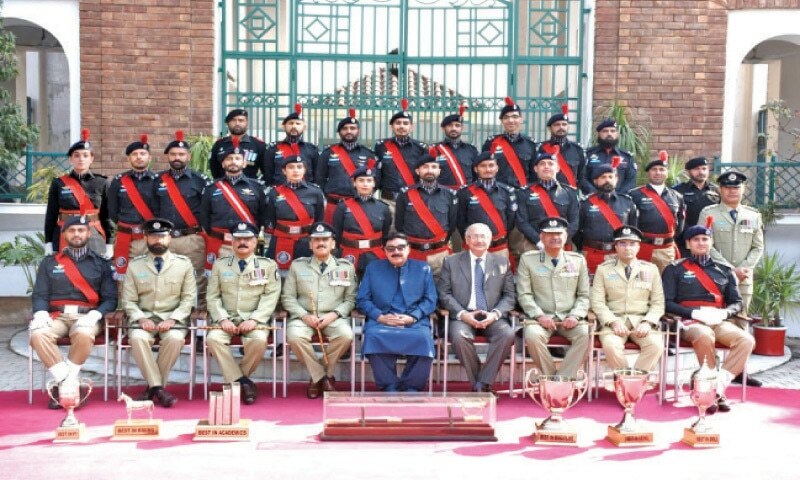 ISLAMABAD: Sleeping cells of certain banned outfits are active in the country, said Interior Minister Sheikh Rashid Ahmed here on Thursday.
Speaking at the passing-out parade of assistant superintendents of police at the National Police Academy (NPA), he said there were 78 banned outfits in Pakistan. Sleeping wings of certain banned outfits are carrying out activities, he added.
“Anti-state elements do not miss any opportunity of sabotage and the issue would be resolved if police joined hands with the citizens.”
Mr Ahmed said the police did not get the facilities and pay which they deserved.
Says anti-state elements do not miss any sabotage opportunity and this issue could be resolved if police join hands with citizens
People wanted the police to resolve every issue, he said, adding challenges for the law enforcement agencies had increased.
Criminals have become high-tech and crime get more coverage in the media. The ASPs got high-tech, anti-cybercrime training, he said.
People have two cameras in their pockets, Mr Ahmed said, adding a video clip of people fighting police gets viral within no time. But anyone who mistreats police should be handcuffed, the minister said, adding crime will decrease if police get respect in society.
The minister said a decision regarding allocation of 30 acres for the NPA will be taken in the current week.
He congratulated the officers on completing their basic training. Appreciating efforts of the NPA in the capacity building of police and...