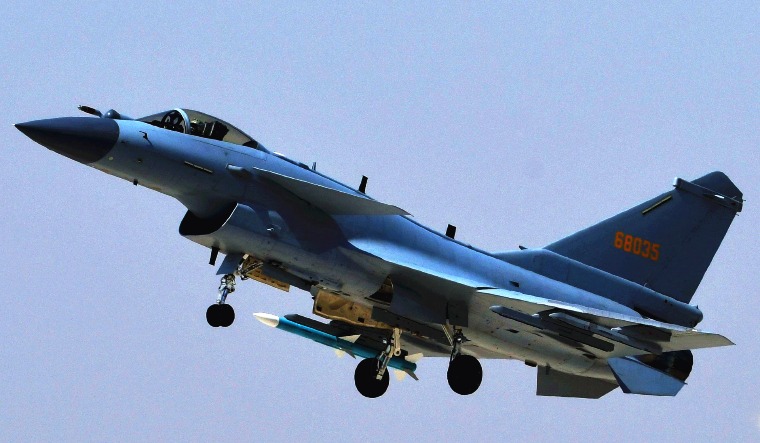 The Pakistani military confirmed on Wednesday that it was acquiring a new fighter from China, the J-10, in response to India's arms purchases.
Last week, Pakistan's Interior Minister Sheikh Rasheed Ahmed said 25 of the new jets would perform at a flypast for the country's republic day on March 23.
Rasheed had said the new jets would counter the Indian Air Force's acquisition of 36 Dassault Rafale fighters. At a press conference on Wednesday, Major General Babar Iftikhar, the Pakistan’s Army spokesperson, gave a similar rationale for the J-10 acquisition. “This is a step to upgrade our air force fleet and get the best possible technology available because we know what kind of technology is being acquired on the other [Indian] side,” Iftikhar was quoted as saying by Voice of America.
The J-10, a single-engine aircraft, is similar to the US-built F-16 and was revealed to the world by China in 2006. China is believed to have inducted over 460 J-10 fighters. Over the past two decades, the J-10 design has been incrementally improved, with newer versions having more advanced active electronically scanned array (AESA) radars and ‘diverter-less’ air intakes for its engine that reduce the possibility of being detected by enemy radars and sensors. An AESA radar has multiple 'transmit receive modules' and typically has longer range and capability to detect smaller targets, such as stealth aircraft or cruise missiles, than older-generation radars.
Media reports have claimed China could...