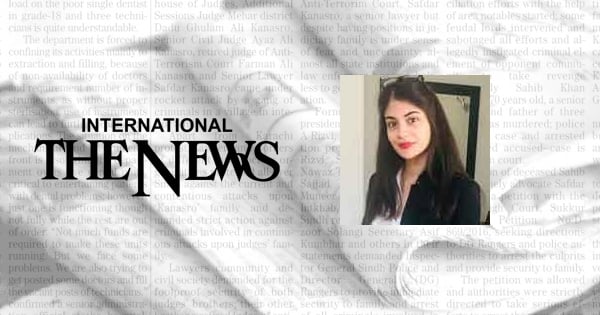 “Every citizen shall have the right to freedom of speech and expression, and there shall be freedom of the press…” reads Article 19 of the constitution of Pakistan. However, the article does not stop there. It goes on to say that this right is subject to reasonable restrictions imposed by the law in the “interest of the glory of Islam or the integrity, security or defence of Pakistan or any part thereof, friendly relations with foreign states, public order, decency or morality, or in relation to contempt of court, [commission of] or incitement to an offence.”
The government of Pakistan is often more interested in jumping straight to the ‘reasonable restrictions’ it can impose – without appreciating that there is first and foremost a fundamental right to freedom of speech and expression. It is no secret that, despite Prime Minister Imran Khan’s claims that the media has never been as free in the history of Pakistan, there has been a crackdown on dissenting voices.
Recently journalist Asad Ali Toor’s Twitter account was suspended. Asad is known to be a critical voice. He reports that he received an email from Twitter which stated that the government of Pakistan had reported his account. In the same email, Twitter claimed to have found no violation of community guidelines. Twitter then proceeded to suspend his account without notice or explanation. Even though his account was restored after several hours, questions must be raised. This incident serves as a striking reminder...