At a press conference, ahead of the upcoming IPO at the Korea Exchange (KRX) in January 2022, LG Chem's wholly-owned subsidiary LG Energy Solution (LGES) revealed its ambitious expectations.

The main reasons - hinted at by the company - that should enable LGSE to beat CATL are:

"We overwhelm the competitor in IPs, and we have more diverse clients in the U.S. and Europe, and production bases there to supply our products to those clients, which CATL doesn't have,"

"I believe that the backdrop to CATL's growth is that Chinese automakers have preferred locally produced batteries, or the policy to use them. Since we have more orders, we predict that we will be higher than CATL in terms of market share in the future." - Kwon Young-soo, LGSE CEO

Soon, LGSE is expected to reveal the share price. It was previously expected that the market cap of the company at IPO will be 70 trillion won ($58.5 billion). As we understand, more than 80% of the LGSE will be owned by LG Chem after the IPO. 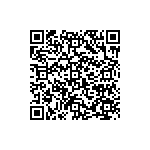