In 1945, the American iron and steel industry was a colossus. The nation’s workers produced 67% of the world’s pig iron and 72% of the world’s steel. Enormously boosted by government contracts during the war, “Big Steel” looked like it would dominate world steel production for the foreseeable future. Korea, Vietnam, the Cold War—all were good for business. Yet in 1959, steel imports surpassed exports for the first time.

As the Sixties dawned, the American steel industry was showing its age. Cheaper imports and labor unrest were definitely issues, but so too was steel’s reputation. Aluminum and plastics were the hot and trendy modern materials. Steel was old-fashioned: heavy, dirty, prone to rust. It was necessary, but it sure wasn’t cool.

Steel didn’t smack of the Space Age. It didn’t help that the man who promised to put men on the Moon, President John F. Kennedy, had reacted vigorously to the industry’s reneging on a labor agreement his administration had helped settle. Grand juries and congressional investigations put the steel bosses in a bad light.

The industry needed some public relations help. Scholar Nicolas P. Maffei calls Big Steel’s turn to market research an “unusually progressive step” for a generally complacent industry. The dominant producer, US Steel, and the American Iron and Steel Institute, the industry trade group, looked to branding consultants to put some zing into the old metal.

The result was the “Gleam of Steel” marketing campaign. The industry... 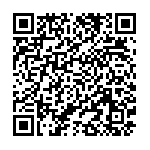