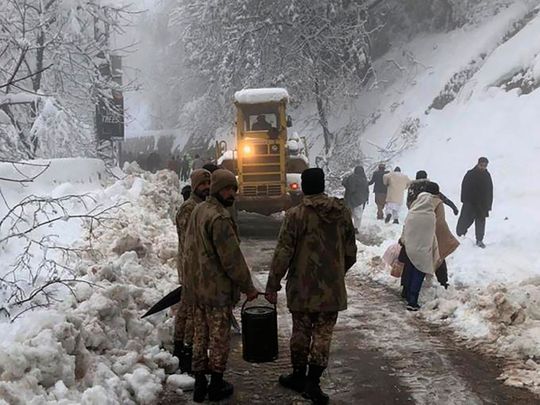 Islamabad: The Pakistan government has formed a committee to investigate the causes that led to the deaths of at least 22 tourists after they were trapped in their vehicles during a heavy snowstorm in the hill station of Murree.
The provincial government of Punjab announced the formation of the five-member committee which will “complete the inquiry and determine responsibility within seven days,” said Azhar Mashwani, Punjab chief minister’s point man for digital media.
What will the committee probe?
The committee will investigate whether the relevant departments, including district administration, police, national and provincial disaster management authorities coordinated to formulate a joint plan of action to prevent a crisis following the severe weather warnings issued by the Met office. The probe will also uncover whether travel advisories were issued, warning people not to travel to Murree and whether any measures were taken to regulate the influx of tourists and traffic inflow into the resort town of Murree.
The committee will question the authorities why they did not stop the entry of vehicles into Murree after the town reached its parking capacity. The official will also ascertain whether a contingency plan was prepared to deal with a crisis situation, and the placement of snow-removing machinery, vehicle-lifters and snowmobiles as well as the deployment of traffic police and coordination with emergency services such as Rescue 1122.
CM vows action against those...