7.4 kg of heroin, weapons and ammunition seized along the Indo-Pakistan border in Punjab - The bharat express news 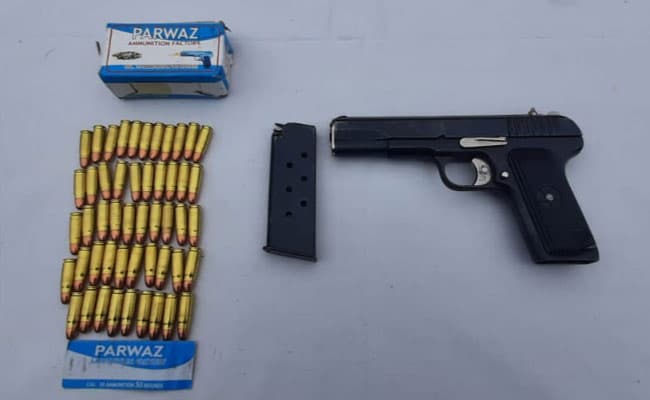 Amritsar:
BSFs seized heroin, arms and ammunition along the Indo-Pakistan border in Punjab on Wednesday, believed to have been pushed by Pakistan-based smugglers, officials said.
An official statement released in Amritsar said BSF troops observed suspicious movement in front of the border fence in Ferozepur area early in the morning.
A search was launched in the suspect area during which six packs of heroin weighing nearly 6.3 kilograms and bound in yellow packaging, a pistol, a magazine and 50 cartridges were recovered, he said. .
12/01/2022#Ferozpur#[email protected]_Punjab
In the ongoing fight against wpn and drugs, BSF Tps foiled 03 attempts to smuggle items and seized around 7.4 kg of suspected heroin, 02 pistols and 55 cartridges in Ferozepur and Amritsar area #BSFAagainstDrugs#BSFAagainstWeaponspic.twitter.com/jSD0owlklh
— BSF PUNJAB BORDER (@BSF_Punjab) January 12, 2022
In another incident in the same area, a package of heroin weighing more than a kilogram was seized during a search operation, the statement said.
In the third incident, a pistol, a magazine and five cartridges were recovered in the Amritsar area along the border, he added.