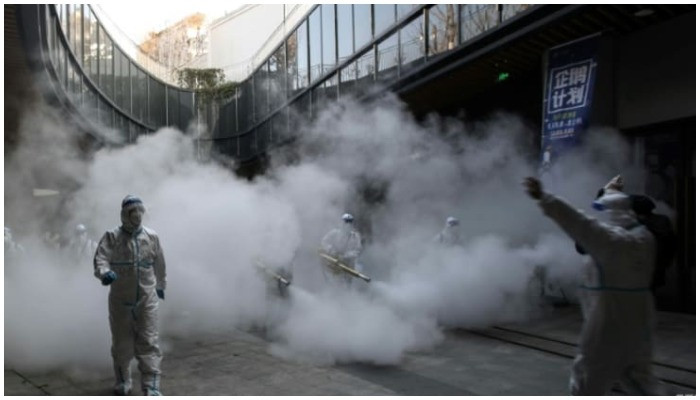 Fears grow about China’s largest domestic Omicron cluster to date in port city of Tianjin.
Xi’an in its third week of strict lockdown as it races to stamp out a 2,000-case outbreak.
Beijing last week sealed off its Winter Olympics "closed loop", which will cocoon thousands of athletes and Games staff for weeks.
BEIJING: China is battling coronavirus outbreaks in several cities, testing the country’s strict "zero-Covid" strategy just weeks before Beijing hosts the Winter Olympics.
Here’s a rundown of the measures in place in key areas of the world’s most populous nation.
Tianjin
Fears are growing about China’s largest domestic Omicron cluster to date in the northern port city of Tianjin, where two confirmed cases of the highly transmissible variant were discovered over the weekend.
Local virus prevention official Zhang Ying said Saturday that the strain of virus identified had been transmitting for "at least three generations" — indicating weeks of earlier spread — with the source unclear.
Thirty-three new transmissions were reported in the city on Wednesday, as authorities launched a second round of mass testing for the 14 million population.
Local officials said Tuesday that all 80 patients reported up to that point had received at least two doses of a vaccine.
"We are highly concerned about whether the virus has spilled over to areas outside Tianjin... especially Beijing," Zhang said in a Monday interview with state broadcaster CCTV, adding that its rapid transmission...