Replace (not provided) with actual keywords and monitor their specific performance metrics in Google Analytics.

Google says there are no plans for a Core Web Vitals badge in search results after proposing the idea when the metrics were first introduced.

This is stated by Google’s Search Advocate John Mueller during the Google Search Central SEO office-hours hangout recorded on January 21.

A question was submitted asking for an update on the Core Web Vitals badge and whether it’s something that will be rolled out in the future.

It was never 100% confirmed there would be a Core Web Vitals badge in SERPs, but it was an idea Google mentioned on numerous occasions.

Now it sounds like Google won’t be following through on its idea.

Read Mueller’s full response in the section below.

No Plans For A Core Web Vitals Badge In Search Results

Since the badge hasn’t rolled out yet, and the idea was first proposed over a year ago, the feeling is that it won’t happen.

“I can’t promise on what will happen in the future, unfortunately. And since we haven’t done this badge so far, and it’s been like over a year, my feeling is probably it will not happen.

I don’t know for certain, and it might be that somewhere a team at Google is making this badge happen and will get upset when I say it, but at least so far I haven’t seen anything happening... 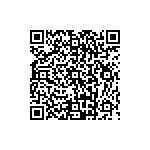