Is Google biased against Mail Online? SEO experts give their verdict - Press Gazette

Ifs Google biased against Mail Online and towards left-wing sites?

DMG Media has renewed an old criticism of the search giant with a story in the Daily Mail today looking at coverage of the confidence vote in Prime Minister Boris Johnson.

It looked at 11 search terms used around Boris Johnson over seven days in the run-up to and aftermath of the confidence vote.

It then ranked news organisations around which were most likely to appear on the first page of Google’s search results.

The Guardian featured top, with the most visibility on Google, followed by the BBC, Independent, Sky News, BBC and ITV News.

Mail Online is the UK’s fourth most popular news website and published a huge amount of content about the confidence vote (59 stories in one day according to Press Gazette’s reckoning).

But it came 20th in the Mail’s own search visibility ranking.

Culture Secretary Nadine Dories is convinced by the research, and told the paper: “I have raised the issue of bias and algorithms distorting democratic content and opinion with Google. They have promised to revert to me with evidence that this is not the case which I have yet to receive.

“This evidence published by the Mail is fairly conclusive and tells us what many have suspected all along.”

But is it true that Mail Online’s poor performance in search is down to left-wing bias on behalf of Google?

One argument against this is the fact that Mirror, the UK’s third most popular news website overall, fares even worse than Mail... 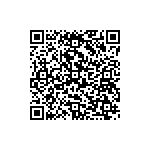 Google: It's Safe To Delete Your Disavow Link File If No Manual Actions Or History Of Link Schemes - Search Engine Roundtable
Technology