ISLAMABAD: The newly appointed envoys of the United States of America (USA), Turkiye, Australia, European Union (EU), Bhutan, and Sudan presented their credentials to President Dr Arif Alvi in a ceremony at the Aiwan-e-Sadr.
Following the presentation of the credentials, the US Ambassador Donald Armin Blome, Turkish Ambassador Dr Mehmet Pacaci, Australian High Commissioner Neil Hawkins, EU Ambassador Riina Kionka, Sudanese Ambassador Salih Mohamed Ahmed Mohamed Siddig, and non-resident Ambassador of Bhutan Rinchen Kuentsyl separately called on the president.
Talking to the US ambassador, the president emphasised that a constructive and sustained engagement between the two countries on the principles of mutual respect and interests was vital to promote peace, development and security in the region.
He said that this year would mark the 75th anniversary of the establishment of Pak-USA diplomatic ties which would be celebrated befittingly.
The president noted that there had been a healthy momentum of engagement between Pakistan and the USA through dialogues on the climate change, health, energy, Trade and Investment Framework Agreement (TIFA).
He encouraged US companies to invest in Pakistan and reap dividends from the lucrative benefits offered by Special Economic Zones.
President Alvi highlighted that Pakistan was actively involved in engagement with its diaspora in the USA in the Tech sector and was desirous of more tech sector investments from the US companies.
Pak-Turk... 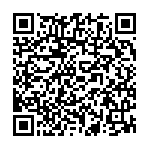