Strangely, the wording has to be precise. Add an “s” on the end of “ornament” or insert a typo somewhere along the line, and the search results are very different, full of the normal fixtures someone who isn’t a Nazi might want to put on their desk. These also only show up when searching under the Images tab.

People seem to have first noticed the problem Thursday night, taking to Twitter and Reddit to ask if anyone else was having this problem. Thousands of users around the world, from India to Ireland, confirmed that they were seeing the same thing, even when they used a VPN to change their location.

It turns out that it’s not just Google that turned up these search results. After being alerted to the issue with Google, a number of Twitter and Reddit users tested out other search engines to see if they got the same results—reporting back that nearly every search engine they tried was also affected. The Daily Dot tested out both Bing and DuckDuckGo, two of the search engines that came up most frequently, and can confirm that the search results for both are producing the same kinds of Nazi memorabilia as Google.

Tech savvy social media users have suggested that this isn’t an issue with the search engines themselves, rather, it’s down to actions taken by users to game the system. Suggestions include SEO loading by the website owners in an attempt to flood... 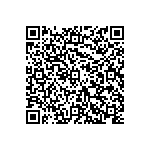