Sandeep Reddy Vanga’s Animal starring Ranbir Kapoor and Rashmika Mandanna is one of the most awaited and anticipated films of the year 2023. After giving superhits with Arjun Reddy and Kabir Singh, Sandeep is ready to spread magic once again with his upcoming gangster drama.

Apart from the teaser and the updates on the film, it usually does not make headlines very frequently. However, today it did so and the reason is immensely shocking. It looks like an unknown name has now been added to Animal’s IMDb page under the celebrity section. Even though no one knows who that person is. Read on.

Recently a Twitter thread is going viral on the social media platform, where a Twitter handle going by the name “@prstb” had shared screenshots of the IMDb page, showing a fake cast member been added to the Ranbir Kapoor starrer Animal’s celebrity list. The page showed the name Subhankar Bagchi from West Bengal in the cast list along with Rashmika Mandanna. In the first tweet, we see the user write, “I was on the IMDb page for an upcoming Ranbir Kapoor movie Animal. In the cast details, I found a name I didn’t recognize. Finding out about this guy led me to the world of how young Indian men from small towns are gaming the system to manufacture their fake online clout.”

In the next few tweets talking about Animal’s IMDb page, the Twitterati also talked about ‘Subhankar Bagchi’s’ other experience in the... 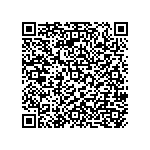