Independent publishers lack the bandwidth to make sense of the digital ad industry – most are just trying to stay afloat.

Chrome Unboxed, which started in 2015 as a YouTube channel for unboxing videos featuring Google’s Chromebook products, is emblematic of the early struggles upstart publishers have in monetizing their content.

Its path to ad-supported profitability shows there’s still hope for the little guys in digital media.

As the Chrome Unboxed channel grew, its founder, Robby Payne, launched a website to host the videos. He and two partners added written content, including guides for using Google and Chrome apps and features. The content mix grew to include audio and video podcasts, email newsletters and a social media presence. The site now attracts 1.6 million monthly visitors.

“We were writing articles and filming videos after work, so we didn’t have time to dig into programmatic ads or direct sales,” Humphrey said. “We had AdSense before they started doing auto ads, so we were placing ads on the site the best we could, but we needed a partner to help us have a better ad experience.”

Monetization platform Ezoic saw the potential of Chrome Unboxed and... 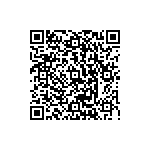