Nasa’s Landsat has captured the disturbing visuals resulting from floods in Pakistan as its largest freshwater lake overflowed. Lake Manchar is the largest river in the country and has had several breaches, both natural and artificial, with the latter made by officials attempting to keep the lake from overflowing uncontrollably and flowing into populated areas and causing more damage to the already flood-affected country. The lake lies west of the Indus River in Sindh province, one of the hardest hit by flooding. Sindh has so far this year received more than five times its average rainfall.
These images captured by NASA’s Landsat 8 and Landsat 9 satellites indicate that breaches are in the banks of Lake Manchar, some of which have been made intentionally by local authorities to prevent the overfilled lake from spilling into densely populated areas in the Indus River Valley. Though this is a gamble the officials are hopeful that these breaches will not lose their shape when filled with water. As this was the only option, it can backfire and give the water direct access to inhabited areas if the breaches don’t work.
Lake Manchar and its artificial breaches are expected to protect about half a million people who live in the city of Sehwan and the town of Bhan Saeedabad, villages that are home to 150,000 people in the path of the diverted waters. NASA officials wrote in a statement that explains that about 100,000 people are at the potential risk of the flood as they are most... 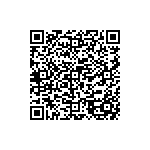