In early July, things looked rosy at Airlift Technologies Pvt. as it prepared to raise more cash for expansion. Six days later, the startup — one of Pakistan’s most prominent — was bust.
The e-commerce company collapsed less than a week after failing to complete a funding round, underscoring how severely the global rout in tech valuations is affecting fragile startups in emerging markets. Airlift had raised $85 million a year earlier — a record for the country — and had curbed spending in a bid to appeal to investors as it worked toward a fresh round. But then the lead backer pulled its commitment, leaving Airlift with no capital to continue and forcing it to abruptly shut down.
“The entire team, including myself, was taken by surprise when the round fell apart at the final moment,” co-founder Usman Gul said in an interview. “Airlift was not prepared for the shift in sentiment in capital markets.”
Healthy growth and progress toward profitability wasn’t enough to convince investors spooked by a global economic slowdown and slumping tech stocks. Airlift joins a slew of startups in Pakistan and neighboring India that have hit a wall as venture capitalists curb investing in the region in favor of countries and industries they consider less risky.
Gul, 33, said one of Airlift’s mistakes was not to raise more funds last year, when the markets were more favorable. This year, investors’ attention has turned from growth toward earnings potential, bringing startups’ business models... 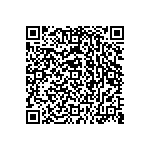