Why Pakistan is Swamped with Floods - Modern Diplomacy

Aside from the monsoon coming in waves leaving hapless Pakistan looking like an inland sea, Pakistan also has the mighty Indus serving as a spine and its huge tributaries fanning out through its most productive province of Punjab — the name itself meaning five waters.
The monsoon season is short so the fertile soil is irrigated by means of a network of canals feeding the province. The water is vital and thus the prospect of India building a dam at the head of any of these rivers without an equitable solution for sharing could lead to war. As it is, the river Ravi runs almost dry as it reaches Lahore close to the Indian border.
To return to the floods this year caused by an unusual phenomenon: The normal course of the monsoon takes the moisture laden winds north from the Bay of Bengal, then unable to traverse the high Himalayas, they are pushed west along the foothills, shedding water as they rise all the way across India into Pakistan. By the time they reach the latter, they have lost most of their moisture leaving Pakistan a very short rainy season … over the latter parts of August and early September.
Global warming has changed things. This year the moisture laden air from the Bay of Bengal was hot enough to prevent precipitation, jamming it up against the Himalayas. As more monsoon winds collected in the rear, these were forced on to an alternative route directly westwards, racing across the middle of India without impediment until the Hindu Kush mountains in Pakistan.... 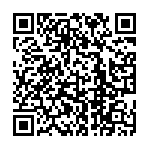