Google is not directly punishing lower-quality product reviews that have “thin content that simply summarizes a bunch of products.” However, if you provide such content and find your rankings demoted because other content is promoted above yours, it will definitely feel like a penalty.... 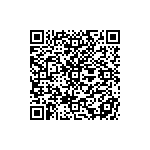