Earlier this year, during the government of Imran Khan, Pakistan got its first batch of the powerful J-10C from China which is supposed to be one of the most powerful fighter jets in the market, and rumors have suggested that the second batch or fleet of J-10C including six more jets have already been received by Pakistan. The Pakistani Air Force refers to the Chinese-built aircraft as “Dragon from the East” and the government’s sole purpose of this trade was to maintain “security balance” as claimed by the Khan government at the time of the previous fleet.
The news was confirmed by the national news channel 92 news and the Pakistan Strategic Forum also tweeted while confirming that news. Although the news was not published by any government officials and no ceremony was held for the arrival of the fleet but the news of the arrival of the jets is confirmed. Faisal Raza the reporter of 92 news said that;
“The second cape of J-10C has been landed on the operational airbase of Pakistan Airforce, resources have confirmed that the cape consists of 6 new jets which will we be added to the Pakistan Airforce operational use soon, J-10C is the latest multi-role, single-engine, 4.5 generation delta wing jet that has the multi-display and radar options that can be proved very beneficial for the operations of Pak air-force. J-10C is powered with P-8, P-10, P-12, and P-15 missiles.”
This news comes days after a picture of Pakistan’s Chinese-origin J-10C fighter jets, painted in a... 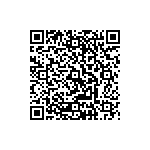