Alex Hales and Harry Brook clinched England’s six-wicket win in the opening match of the seven-match T20I series against Pakistan, in Karachi’s National Stadium, on Tuesday.
Having won the toss and opted to bowl first, England restricted Pakistan to 158/7 from 20 overs. Pakistan might have felt they could have added 15-20 more runs, but wickets at regular intervals hurt their momentum after a strong start. Skipper Babar Azam (31) and his opening partner Mohammad Rizwan (68) provided a fiery start to the hosts’ innings, forging an 85-run stand for the first wicket, before Adil Rashid cleaned up Babar Azam in the 10th over.
Debutant Luke Wood impressed with figures of 3/24 from four overs, and he played a major part in restricting Pakistan to 158. Barring Rizwan, none of the Pakistan batters could convert starts into big knocks, and the closest scorer after Azam was Iftikhar Ahmed (28 off 17 balls).
Pakistan gained early momentum in England’s run-chase, removing Phil Salt (10) in the third over, and even managed to get rid of Dawid Malan (20) in the seventh over, but Alex Hales (53) and Harry Brook (42*) forged a 55-run stand for the fourth wicket, that changed the course of the game.
Hales was dismissed in the 17th over, but stand-in skipper Moeen Ali and Brook ensured England crossed the finish line with four deliveries to spare.
With the series now in early 1-0 favour of England, let’s take a look at some interesting statistics from the game:
This was England’s first tour... 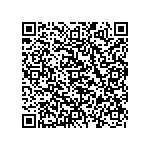