On September 21, while addressing the lawyers’ convention in Lahore, Chairman Pakistan TehrekeInsaf (PTI) Imran Khan said that people from all walks of life must join the resumption of the HaqiqiAzadi (real freedom) movement which would be resumed from September 24.
Resumption means from the point where the movement ended on May 25. The hiatus gave the PTI sufficient room for recovery. To replicate, the PTI wants to construct the next sequel of the Azadi (freedom) movement of 2014 which began on August 14 and ended in December 17 the same year in Islamabad. The PTI once again thinks that reactive rowdy politics under the rubric of nationalism of some sort can pay dividends. The question is this: will 2022 replicate 2014? Another could be this: are the ground realities constant from 2014 to now in 2022?
On the occasion of the convention, the economy got the most focus in the speech. Khan came up with a novel presumptive solution: if 500,000 overseas Pakistanis (out of millions settled abroad) invest in Pakistan, the country would not be in need of international loans to run its affairs. Interestingly, in the run-up to the general elections of 2018, Khan sold the idea of having a clandestine team of economic experts who would change the country’s destiny, if his party assumed power. After coming to power, no such financial wizard surfaced. All rhetoric turned out to be hollow, just political gimmickry.
Seeking monetary advantage from the expatriates is possible on the paper... 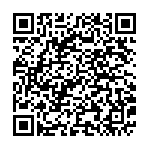