ISLAMABAD: Pakistan is facing a disaster within a disaster as diseases spread rapidly and deaths mount following widespread deadly flooding — a crisis worsened by the country’s weak health system and lack of emergency planning, medical experts warn.
Flooded areas stretching over hundreds of kilometres have become breeding grounds for malaria, dengue fever and diarrhoea, with hundreds of thousands of displaced people living out in the open and with little option but to drink unsafe water.
In Sindh — the province hardest hit by the floods — at least 342 people have died from diseases and more than 3.3 million infections have been recorded since July 1, state data shows. Nationwide, there have been 4.4 million disease cases reported.
The flooding — triggered by record monsoon rains and glacial melt, both exacerbated by climate change, scientists say — has killed at least 1,678 people.
But Zafar Mirza, who resigned as a special assistant to the prime minister and from a role as the country’s de facto health minister in 2020, said the disease could prove a bigger threat to the country’s health system.
“It can kill more people than those who lost their lives in the flood,” added Mirza, now a professor of health at Shifa Tameer-e-Millat University in the capital Islamabad.
Yet Pakistan’s authorities are ill-prepared to respond to health threats arising out of growing climate-fuelled disasters such as the flooding, Mirza said, adding that the country does not have “a... 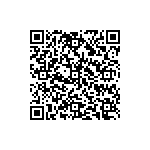