Pakistan’s central bank on Friday revoked the in-principle and pilot operations approval of Tag to operate as an electronic money institution in a move that poses existential threat to the firm.
State Bank of Pakistan said in an order that it is revoking Tag’s approval to operate as an electronic money institution, the permission that is required for entities to offer innovative, user-friendly and cost effective low-value digital payments instruments such as wallets, cards and contactless payments. The central bank has also ordered the startup to close all customers’ wallet accounts and pull its apps from the app stores with immediate effect.
The central bank’s action is in response to Tag violating regulatory requirements and “other concerns” that emerged during the pilot operations of the firm, it said. The decision has been taken to “protect the interest of the public at large,” it added.
The regulatory action follows a months-long probe into Tag, which offers banking and financial services such as contactless payment, cards and wallets to users in Pakistan.
The startup has been accused of forging documents to the central bank, according to an earlier investor letter obtained by TechCrunch. The central bank ordered Tag in August to “immediately” refund all funds of customers.
Tag is among the most valuable startups in Pakistan. It was valued at $100 million in its seed financing round in September last year. The startup counts Liberty City Ventures, Canaan Partners, Y... 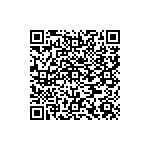