Pakistan’s Ambassador to United States Masood Khan says the tech sector of Pakistan has witnessed exponential growth during past few months and carries a huge potential to further grow.
He was talking to newly appointed Honorary Consul in Orlando Florida Adnan Asad at Embassy of Pakistan in Washington DC.
He said that the US investors and business community are supporting tech startups in Pakistan which will serve to strengthen Pak-US bilateral relations.
The Ambassador advised the newly appointed Honorary Consul to focus on establishing business linkages and promoting people to people exchanges between Pakistan and the United States.
He especially highlighted the critical role of the Pak-American community.
Honorary Consul Adnan Asad said that he would use his networks to build bridges between Pakistan and the United States. 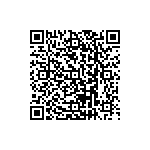