New Delhi: It recently emerged that illegal hacking operatives, also known as “hack-for-hire" companies, had operations across India, that accessed emails and phones of VIPs and states for a fee paid by private investigators globally.
Running under the name WhiteInt, the hacking gang, was exposed in a sting operation conducted by ‘The Sunday Times’ and Bureau of Investigative Journalism. The expose revealed that several Indian hackers offered services to hack into private email accounts and messages of victims on behalf of investigators working for autocratic states, British lawyers and their wealthy clients.
The sting found that the gang operated from a fourth-floor apartment in a suburb of the tech city Gurugram. It was led a 31-year-old man, who was recruited at the Indian office of British accountancy firm Deloitte, according to the ‘Sunday Times’ report.
Aditya Jain, an associate director with Deloitte’s cyber unit, has now been sacked by the firm. “We are aware of the recent media reports outlining serious allegations about an individual who used to work for Deloitte India. This individual no longer works for Deloitte India,” a Deloitte spokesperson told Economic Times.
Jain, who was cited as speaking to the undercover reporters, had joined Deloitte in February this year and was employed with the cyber unit of another Big Four firm until March 2021.
As part of the sting to unearth the hacking operation, undercover reporters posing as former intelligence officials... 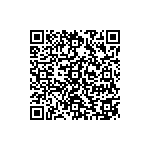