Pakistan has become one of the fastest-growing tech hubs in the world, leveraging its cheap Internet and high population. Arzish Azam believes that the South Asian country must take the lead in blockchain adoption as well. Speaking to CoinGeek Backstage, the Ejad Labs CEO shared Pakistan’s ambitions of global domination with its National Blockchain Strategy.
Azam revealed that the strategy was conceptualized after a Bitcoin SV (BSV) delegation met the country’s president earlier this year. The delegation, led by BSV advocate Jimmy Nguyen and InvoiceMate’s Muhammad Anjum, educated President Arif Alvi and his leadership about blockchain and how it could transform the country. By the end of the meeting, Dr. Alvi was convinced that Pakistan must invest in and explore blockchain.
Thus, the National Blockchain Strategy was born.
“It’s still a work in progress, but we feel there’s so much potential in the country.”
With a population of 230 million people, Pakistan is the world’s fifth-most populous country. Azam believes this is the country’s main strength as it has one of the biggest global domestic markets. Additionally, the country’s tech ecosystem is quite advanced, with many multinational firms, including those in the United States, the United Kingdom, and China relying on Pakistani developers to build their products.
Azam, whose startup incubates and supports local entrepreneurs and innovators, acknowledged that blockchain’s association with ‘crypto’ has limited adoption... 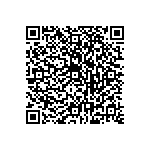