After a slow start to the tournament, both Pakistan and England displayed brilliant performances and team effort to reach the final of the T20 World Cup. Interestingly, both the teams were at one point slated to be eliminated from the tournament and had to depend on the results of other teams to qualify for the knockout stage. But now, one of these two teams will be crowned the champion by the end of the day. The final match of the tournament is all set to be a great thriller. Read on to know when and where to watch the crucial PAK vs ENG live score streaming online. But make sure to check the weather news because the game might be affected due to rain.
PAK vs ENG LIVE Score Streaming Update: When, Where to watch
The second final game will be played on November 13, at 1:30 PM IST. The match will be played at the Melbourne Cricket Ground. The match will both be broadcast live on television as well as stream online. On television, you can watch the game on Star Sports Network. For those of you who prefer to live stream can watch the match on the Disney+ Hotstar app. The streaming platform is compatible with smartphones, tablets, computers and smart TVs. You will require a subscription to enjoy the match.
PAK vs ENG: The final fixture
Unfortunately for both the teams and all the fans of the game, there is a 95% chance of 15mm to 25mm of precipitation in Melbourne. The Australian Bureau of Meteorology has predicted thunderstorms and heavy rainfall. While fans will pray to the... 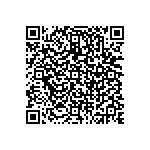