Enemies in the Sky: How India is countering Pakistan's drone menace - Firstpost

Border authorities say incidents of Unmanned Aerial Vehicles bringing drugs, arms, and ammunition across the border more than doubled from 2021. While there is no silver bullet, security forces in Punjab and Jammu are set to receive an indigenous anti-drone system
Drones from Pakistan are posing a fresh threat to India.
The BSF, which guards over 3,000 km of the India-Pakistan International Border running across Gujarat, Rajasthan, Punjab and Jammu, says incidents of unmanned aerial vehicles bringing drugs, arms and ammunition from across the border have more than doubled from 2021.
Border Security Force director-general Pankaj Kumar Singh has described it as a ‘bombardment’.
But what is happening? And what is India doing to stop it?
Let’s take a closer look:
What is happening?
Authorities detected 79 drone flights along the India-Pakistan international border in 2020.
That figure increased to 109 in 2021 which has “more than doubled at 266 this year”.
Singh said Punjab has seen a whopping 215 flights this year alone, while Jammu has seen 22 such incidents.
How are authorities responding?
Authorities have established a state-of-the-art laboratory at a camp in Delhi to study drone forensics.
However, this came after much grappling with the immense challenge of how to address the menace.
Singh admitted that even when the BSF brought the drones down they initially had “no clue” from where it had come or where it was going.
“We then started getting into the forensics part. We... 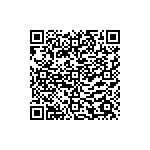