The Hamdard company has trademark and legal rights to sell Rooh Afza only within the three countries it operates in
Red in colour, sweet in taste and easy on the pocket–Rooh Afza checks all the boxes to be the national drink of Pakistan. And much like many Pakistani staples, India is also a natural market for this sharbat. In fact, India is where the Hamdard brand’s Rooh Afza was originally born.
Yet the past week saw the Delhi High Court ‘permanently restrain’ retailers on Amazon from selling the drink in India. The petition that led to the filing of the court case was filed by Rooh Afza’s manufacturer in India, Hamdard National Foundation, after it claimed that the products listed on Amazon were not manufactured in India. The CEO of the Indian Hamdard, Hamid Ahmed, reportedly said that such a ruling would ‘safeguard local business’ when he filed a petition in September 2022.
Origins
The history of South Asia’s favourite drink goes back to colonial India, from a small family business named Hamdard in 1907 in Delhi. The drink was made by Unani medicine practitioner, Hakim Abdul Majid, whose main purpose was to create a source of energy and revitalization in the summer heat. For its more than hundred year history, Rooh Afza has lived up to that original purpose.
Hakim Abdul Majid’s business became a fierce force to reckon with. By 1922, the business had to be moved to a larger building. But the Majid did not live long to fully reap the benefits of his seeds as he passed... 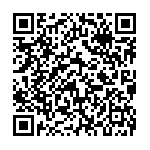