According to the official sources, Turkey displayed it’s scale model of its 5th generation fighter jet TF-X at Pakistan’s Expo 2022.This year, Turkish defense manufacturers displayed an array of products which includes military hardware, light weaponry, artificial intelligence, cyber security solutions, technical mini UAVs and many other intelligent products.
However, it was a surprise of having fighter jet at IDEAS 2022. The banner’s headline was “Turkish 5th generation multi role fighter aircraft using national technologies and in-house capabilities”.
This is not the first time that Turkey is displaying it’s intelligent fighter models, previously Singapore and the UK airshow had also it’s fighter jets.
Earlier this year, Ankara and Islamabad collaborated to build fifth-generation fighter. In an interview, the CEO of Turkish Aerospace declared that Pakistan and Turkey are working together on fifth -generation jet. However, at that moment there were speculations circulating whether Pakistan would collaborate on the TF-X project or whether the two would work out another fifth generation fighter jet.
Since the interview had a controversy, therefore, the confirmation was still on pending that whether the Pakistan is participating in the project or not. However, Pakistan required a fifth- generation combat aircraft, while India’s fifth generation fighter program AMCA is moving forward.
Moreover, according to the Indian news reports, the India’s AMCA’s critical review design... 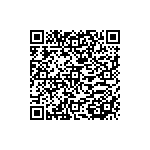