India's Permanent Representative Ruchira Kamboj, left, on Monday, November 21, 22, joined counterparts from nine countries including Linda Thomas-Greenfield of the United States, right, and Barbara Woodward of Britain, second from right, to denounce North KoreaÃÂÂs ballistic missile tests. (Photo Source: UN)
United Nations, November 22 (IANS) India has called attention to the threat posed by North Korea's missile technology proliferation to New Delhi's security and joined the US and eight other countries to demand UN Security Council action against Pyongyang.
"Proliferation of nuclear and missile technologies is a matter of concern, as they have an adverse impact on peace and security in the region, including on India," India's Permanent Representative Ruchira Kamboj told the Security Council at its meeting on Monday on North Korea's launch of an intercontinental ballistic missile (ICBM) last week.
Kamboj's mention of nuclear and missile technology proliferation putting India at risk is a reference to the well-documented swap of Pakistan's clandestine nuclear technology for North Korea's missile technology, although she did not name the countries.
"We condemn the recent ICBM launch," she said, adding that the series of missile "launches constitute a violation of the resolutions of the Security Council".
Reiterating support for making the Korean Peninsula free of nuclear weapons, she said: "We hope the international community and the Security Council can be united on this... 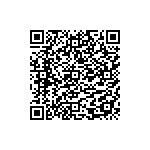