At the International Defense Exhibition and Seminar IDEAS 2022, countries worldwide showcase their ‘unnamed combat aerial vehicles (UAVs) that play an incredible role in warfare. The arms exhibition IDEAS was held in Karachi between November 15-18.
Pakistan also took part and showcased its fighter jets in the exhibition when it became aware of the role of combat drones in 21st-century warfare. The initiative was taken when American drones began conducting strikes against terror outfits in Pakistan and Afghanistan border areas.
After the UK, the US, and Israel, Pakistan became the fourth nation to deploy UCAV successfully. Whereas operation 2015 eliminated three high-profile Tehrik-i-Taliban Pakistan (TTP) terrorists in North Waziristan’s Shawal Valley.
Shahpar-2 UCAV
Global Industries and Defense Solutions- a Pakistani state-owned defense conglomerate, has produced Shahpar-2 Medium Altitude Long Endurance (MALE) in collaboration with the country’s largest defense manufacturers, showcasing their product at IDEAS 2022.
However, the Shahpar-2 is a modified version of Shahpar-1. Shahpar-1 gifted to Pakistani Army and Air Force in November 2013 for use in ISR missions and to help with disaster management.
Besides, Shahpar-2 can attack and can fly up to 1000 kilometers to hit its target. Moreover, it can fly at 222 kilometers per hour (kph). Furthermore, it takes off speed ranges between 148 to 158 kph. If we talk about its data link range, it has a capability of 300 kilometers.... 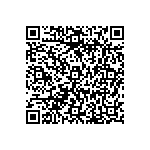