Forty percent of soccer balls used worldwide are produced in a small town in Pakistan called Sialkot. Nearly 1,000 factories in town make the leather-covered orbs, and the region produces 30 million balls a year, some of them for the large global brands like Adidas. For the 2018 World Cup in Russia, Sialkot factories exported approximately 37 million balls.
The natural questions are how and why? The simple answer: British colonialism.
Charles Goodyear introduced the first modern soccer ball in 1855. Made from vulcanized rubber, the ball offered considerable advantages over previous options, which included human skulls and stuffed pig bladders, but it, too, was imperfect—it bounced unpredictably. Goodyear’s ball dominated for less than a decade, before the English Football Association published common standards that called for a perfectly spherical ball with an outer leather casing.
A British army officer stationed in Pakistan had one such leather-bound ball that needed repair. “He grew tired of waiting and asked a local saddle maker to fix it, and Sialkot’s ball production was born from there,” said Eric Verhoogen, an economics professor at Columbia University’s School of International and Public Affairs who has consulted with Sialkot companies on production efficiency.
What started as a small family business soon became Sialkot’s main economic activity. “But the interesting part of the story is that Pakistanis don’t play soccer,” Verhoogen said. “The soccer ball industry... 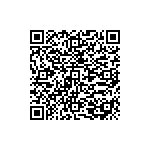