Federal Information Technology (IT) Minister Syed Aminul Haque on Wednesday said that popular social medial platform TikTok is willing to open its offices in Islamabad with negotiations having been completed successfully and hinted that another major social media platform was also willing to come to the country.
He said this while addressing a ceremony in Islamabad on Wednesday.
Pointing to the government’s desire for social media companies to open their offices in the country, he said that TikTok was one with which talks had been successful and that the platform may soon open offices in Islamabad.
TikTok is not part of a collective of social media platforms operating in the region which has resisted government efforts in recent years to exert greater, direct control over what goes on the platform.
But another major social media platform which is part of the collective, he hinted, has expressed its willingness to open offices in Pakistan.
Smartphone manufacturing
With the Muttahida Qaumi Movement (MQM) part of the ruling coalitions of the three recent-most governments in the country, Haque took credit for effecting necessary legislation that had opened the doors for several major smartphone manufacturing companies to invest in Pakistan and start domestic assembly of phones, if not their outright manufacture.
“17.9 million mobiles phones were produced locally in 12 years,” he informed.
With a spike in the demand for phones accompanied by demand for greater connectivity,... 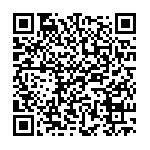