ISLAMABAD (AP) — Pakistan's former premier Imran Khan said Saturday his party was quitting the country's regional and national assemblies, as he made his first public appearance since being wounded in a gun attack earlier this month.
Khan, a former cricket star turned politician, was ousted in a no-confidence vote in parliament in April. He is now in the opposition and has been demanding early elections, claiming his ouster was illegal and orchestrated by Prime Minister Shahbaz Sharif, with the U.S. government’s help. Sharif and Washington have dismissed the allegations and the current government says the next polls will be held as scheduled in 2023.
Copyright 2022 The Associated Press. All rights reserved. This material may not be published, broadcast, rewritten or redistributed without permission. 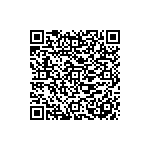 Pakistan must collaborate with China on AI, quantum computing - The Nation