Though the Pakistani Youtubers scene is far behind other countries like India and the Youtubers have a far less audience but it’s getting better and now Pakistani Youtubers have started to get some real attention lately. Recently, home-based chefs’ recipes, entertainment, beauty product unboxing videos, pranks, entertainment, tech videos, and a variety of other high-quality material have gained popularity, allowing YouTubers to gain more subscribers and monetize their channels in a short period of time.
YouTube has released lists of Pakistan’s top trending videos, music videos, creators, breakout creators, and shorts for the year 2022. It is safe to say that Pakistani audiences were entertained throughout the year by a diverse range of content.
Maaz Safder World
Maaz Safder, a well-known YouTuber from Pakistan, holds the record for maintaining a vlog continuously for a full year. He posts videos on Instagram and blogs. He began his journey for TikTok and later appeared in the game show “Game Show Aisa Chaley Ga” on Bol Entertainment, where he played a crucial part. His fans can find all the information about Maaz Safder’s biography and his personal and professional achievements.
He used to record and post a daily vlog throughout the entire year, and after putting in so much effort, he established a record that nobody in Pakistan has been able to match. Maaz Safder is currently one of the most known TikTok stars in Pakistan with 359.213K+ followers on the platform. Maaz... 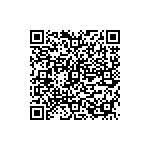