The war in Ukraine has shown how drones have changed the character of modern conflict by allowing countries to project power while minimizing risk to friendly personnel.
Controlled by ‘pilots’ from the ground or, increasingly, autonomously following a pre-programmed mission, drones are being used not only for reconnaissance and surveillance purposes but also armed with missiles and bombs.
While Ukraine is targeting the Russian troops with Turkish and American-manufactured drones, Russia is puncturing the skies over Kyiv with Iranian drones.
This, in turn, has prompted some countries and their military industries to devise countermeasures for tracking and engaging hostile drones. But, as things stand today, the drone challenge is in its infancy as far as cost, sophistry, and effectiveness are concerned.
As Loren Thompson, an aerospace and defense expert, rightly says, “the problem is that any country investing in drone systems has numerous options for making them more lethal and survivable—more options than defenders currently do.”
Cheaper And Easier To Operate Than Traditional Aircraft & Missiles
Drones are proving cheaper and easier to operate and maintain than the missiles or inhabited aircraft they supplant, making them in great demand in military operations.
There is no doubt that because of the growing importance of drones in changing the course of wars, whether in Ukraine or Nagorno-Karabakh—a disputed territory fought over by Armenia and Azerbaijan, countries... 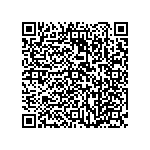