FTX could pay over $2100 per hour for bankruptcy lawyers - Reuters

Dec 21 (Reuters) - Bankrupt crypto exchange FTX has asked a U.S. bankruptcy judge for permission to pay its top restructuring lawyers as much as $2,165 per hour, an unusually high rate for a company that cannot afford to repay all of its debts.
FTX declared bankruptcy on Nov. 11, collapsing amid a wave of customer withdrawals. Federal prosecutors have charged founder Sam Bankman-Fried with stealing billions of dollars in FTX customer assets to plug losses at his hedge fund, Alameda Research, and two of his former associates have already pleaded guilty. Bankman-Fried is scheduled to be arraigned in New York on Thursday.
New York-based law firm Sullivan & Cromwell is representing FTX in its Chapter 11 case and guiding its efforts to return assets to customers. FTX late Wednesday asked the Delaware federal judge overseeing the case for approval to pay the firm's partners and special counsel between $1,575 and $2,165 per hour for their work.
The top lawyers' rates far exceed the $1,300 per hour billed by FTX's new CEO John Ray, who also filed an application with the court late Wednesday.
Court-approved billing rates for bankruptcy attorneys did not cross the $2,000-per-hour mark until earlier this year, when a U.S. bankruptcy judge approved a $2,035-per-hour fee in the bankruptcy of cosmetics giant Revlon.
Bankruptcy experts have said total legal fees in a case as complex as FTX can exceed $100 million.
Bankman-Fried criticized Sullivan & Cromwell in draft... 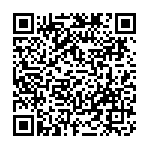